I've been taking photographs of garden plants for many years. I first used a black velvet backcloth to record the Autumn glory of a Ginko tree and loved the effect. It added an element of artifice to the record of the brilliant golden yellow that was entirely natural. When I photographed my Daffodils I found it difficult to frame an ideal image without including some flower heads that had been attacked by insects. I began working on creating an idealised composition. Over the years I developed the stylised stem and the artificial shadowing. Then I realised I could produce as many prints as I wanted each with a new composition. As a fun thing I included the odd one out, a different Daffodil head, After all nothing in nature is perfect. It can be found in a different place in each print.

Subsequently I set up photo shoots for Tulips and Dogwood stems and set up the compositions on the same principal. The initial image takes many hours of editing but just a few minutes to produce a unique print. 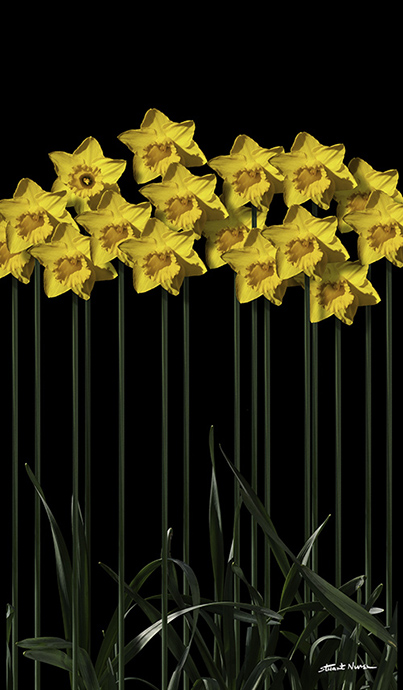 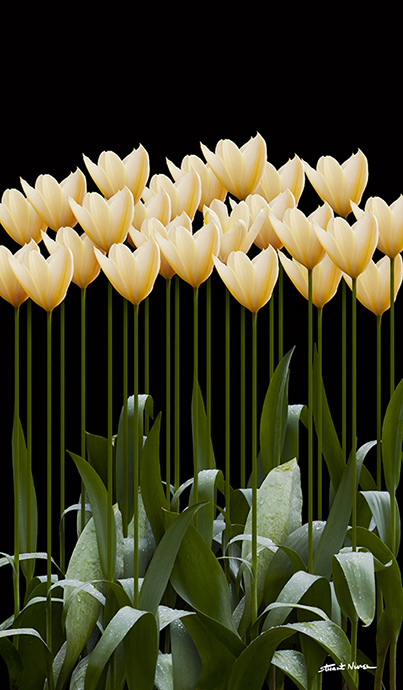 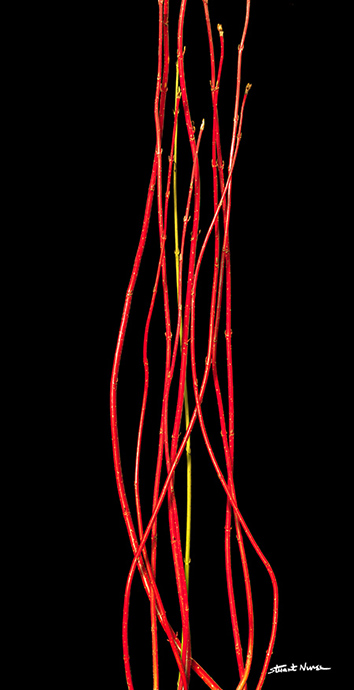